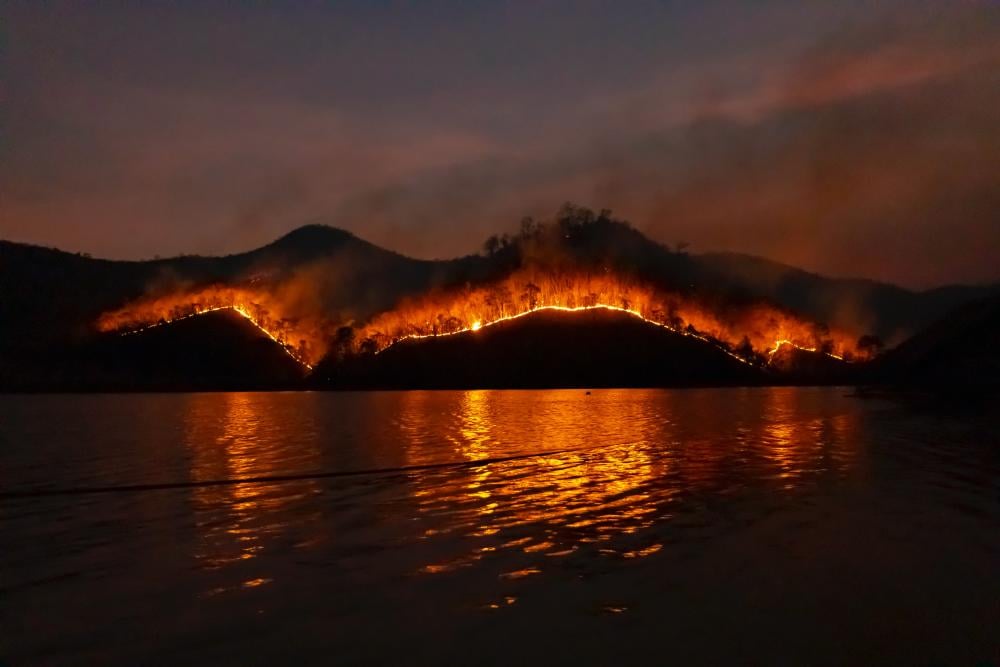 What Caused the Australia Fires?

From June 2019 to May 2020, in Australia, 10.000.000 ha of forest, land, and wildlife were burned to ashes. It was devastating. But, what caused the Australia fires? What climate change had to do with it, and their impact on the environment.

Even though the 2019-2020 fires were damaging and had the spotlight for a while the worst fire to date (recorded of course) was in 2009 in Victoria. Bushfires are a regular during the Austral summer. Even the all-time famous explorer Captain James Cook wrote about bushfires during his adventures along the east Australian coast in 1770.

Having that in mind, bushfires in Australia are "natural" per se but, the latest fires were exceptional for a few reasons: Number one, the extent of the burn is like no one ever seen before. Approximately 11 Million hectares were burned as of 1 February 2020. That extends of the burned territory is as big as Virginia. Imagine that! The second reason is that the bushfire season started earlier than before, and this time, the fires were concentrated near major population centers, Sydney, and other urban areas had their air filled with smoke. This means that the wildfires were a really big threat this time for human life (directly).

So, on the one hand, the Australian fires are not uncommon and have been around for a long time. On the other hand, this time the fires were out of control and damaged way more than before and were very close to cities and not in the middle of the forest.

The fires were in every Australian state, but the one that took the hardest hit in New South Wales.
Flames have expanded through bushland, wooden areas, and national parks. And not only non-urban areas were affected, some of Australia´s largest and most populated cities were also affected. In Melbourne and Sydney fires damaged homes in the peripheral suburbs and a thick cloud of fumes and smoke blanketed the urban centers. The smoke levels in the Sydney air were so high that air quality measured 11 times the hazardous level.

Climate Influence on the Australia Fires

Scientist says that is not a surprise to see the scale to which Australia fires escalated. So, having in mind that fires are not uncommon in the area, it doesn't mean it is completely ok or natural for that phenomenon to occur the way it did. And guess what? It is what scientists expect as the climate continues to change. There was two global-scale influence on the Australia fires:

There are a few scientifically proven facts that contributed to the extreme weather conditions that lead to the fires in 2019. A major one was the positive Indian Ocean Dipole (IOD). Better known as The Indian Niño, the IOD is an irregular oscillation of sea surface temperatures in which the western Indian Ocean becomes alternately warmer (positive phase) and then colder (negative phase) than the eastern part of the ocean. This phenomenon makes is linked to the reduced spring rainfall. In 2019 the IOD persisted into the start of summer, which meant more temperature and no rainfall. Most of the hot and warm conditions from the IOD occur when it clashes with the Pacific Niño, this time, the IOD was acting alone. It was an exceptional series of events. That Australia suffered from serious draughts with only one of those factors is a clear sign that something is changing weather-wise.

Even though it sounds clear that climate change is to blame. But there are a few discrepancies in the scientific community. Scientists disagree on whether positive IODs will occur more often as the climate continues to warm. The truth is there is little empirical evidence to say that as a matter of fact, global warming will lead to more frequent positive IODs. But, yes but, that's only because the data on the influence of increased greenhouse gases haven't been strong enough yet. An yet is the keyword here. And if Australia's fires were devastating, believe me, we don't want to get to the point where greenhouse gasses are strong enough.

The second influence on Australia's fires is the Southern Annular Mode or SAM.

Basically, SAM is a low-frequency mode of atmospheric variability of the southern hemisphere that is defined as a belt of strong westerly winds or low pressure surrounding Antarctica which moves north or south as its mode of variability. It is a climate driver for Australia, influencing the country's weather conditions. In previous years, those westerlies have brought rain to the south side of Australia during winter.

Rain season was behind by the time the fires started. That had the consequence of making more heat to gather over the centric area of Australia. While this phenomenon had happened before, scientists agree that the intensities o its effects were powered by warming weather.

So these climate or weather events have been around for a while, we can all agree they are getting more frequent and worst for our environment.

Climate change and its influence on the Australia fires.

As we all know by movies or trips, Australia is the aridest country. It features a great variability in rainfall from year to year, which means that some years they get a lot of rain but some almost none. According to experts, every influence on the country's climate has been altered by climate change. Remember we just said that we don't have hard proof of that? Well, it doesn't matter because is the only factor changing. Human development leads to greater gas emissions and higher temperatures. And, even though it isn't known the exact mechanism for how that is happening, climate change is the common factor.

Almost 244 species of mammals are found only in Australia. Australia's great diversity was already being threatened before the fires due to invasive species, habitat destruction, and climate change. But the aftermath of the 2019/2020 fires was harsh.

In Australia, the impact of the bushfires on the ecosystem has been devastating, they say a billion animals are dead, and for the ones that survived, fires destroyed most of their habitats.

“We still fail to make the connection between the climate crisis and increased extreme weather events and natural disasters like the Australian fires. That’s what has to change. Now.” Greta Thunberg tweeted.

What can we do?

The consistent warming of the planet is going to make it inevitable for Australia to face longer fire seasons. So to reduce future damage, governments must act. The areas that they need to focus on should be enhancing early warning systems and fire prediction capabilities.

Public awareness is key. If there are campaigns dedicated to inform people of the dangers of the fires, maybe we can all chip in from where we are standing.

Communities need to professionalize their firefighting capabilities, invest in improved training and education on the changing characteristics of bushfires in the area. And states should restrict certain development that could be of risk.

Such measures are not new at all! In fact, these are ancient measures of prevention used by the indigenous population. Australia’s indigenous population used to successfully manage fire across landscapes. For thousands of years, they played a key role in preventing bigger fires by burning surface vegetation to create firebreaks.

To bring it home, to actually make a change we need to reduce the escalating threats from climate change. Countries that have more responsibilities, such as the United States and Australia should cut their carbon footprints. In doing so, the countries can play leadership roles to keep global temperatures from rising to unmanageable, dangerous levels.

That aside, the only way we can stop these terrible phenomenons is by changing our lifestyle as a whole. Change how we use our natural resources and minding the carbon emissions. And more importantly, we need the governments to act on bills for the development of sustainable energies and industries.

And if you are looking for how to help:

If you’re in Australia, you can donate to Givit it will give back to people and organizations affected by the bushfires. It is been a while, but they are still working towards relief. The World Wildlife Fund is also still collecting funds to restore lost habitats.

As we all know the change we need is major, but you can start chipping in by changing some of your habits to contribute to lessening the global carbon emissions. Check out our Lifestyle section where we offer a few alternatives on different subjects of our day-to-day life. 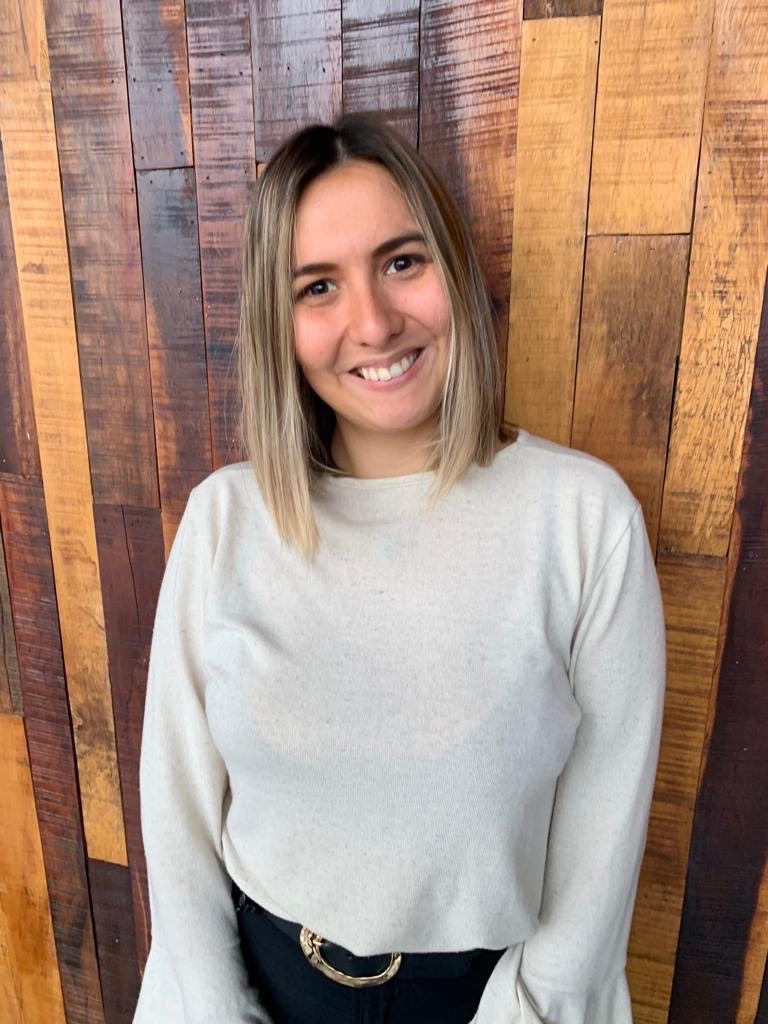